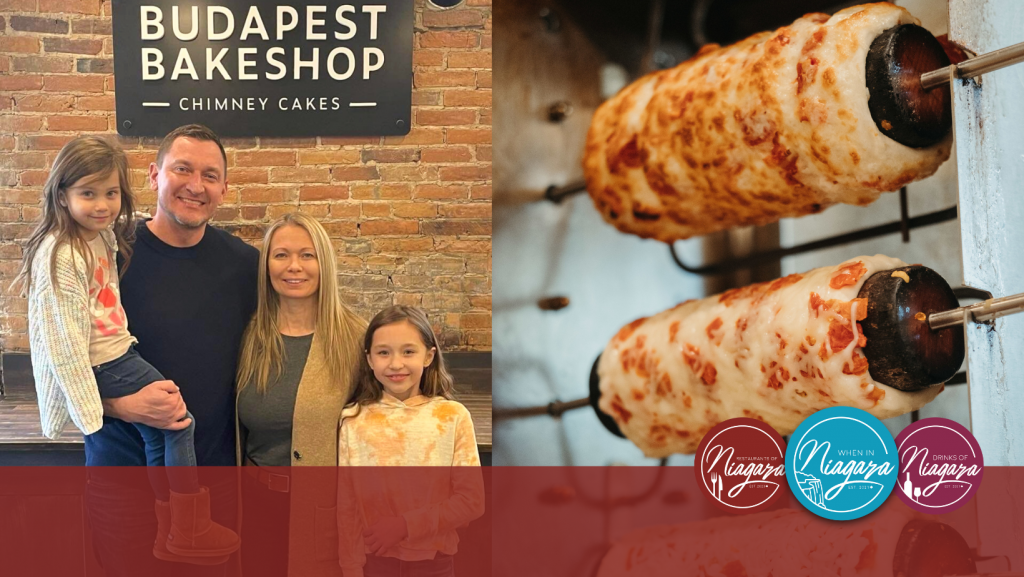 Move over, MacGyver. When given a beer can and a coat hanger, Anett and Todd Kane can work wonders, too. They can build an entire bakery. The Kanes are the owners of Budapest Bakeshop, a carb-filled destination on Queen Street in Niagara-on-the-Lake that specializes in Hungarian chimney cakes — Kürtoskalács as they’re called in Anett’s native Hungary.

They’re made of long strands of sweet, yeasted dough twisted around a dowel and baked on a rotisserie. When they come out of the oven, the dowel is removed, producing a hollow, golden-brown cake, steaming hot like a chimney, that’s pulled apart to eat. Although the Kanes use specialized equipment to turn out the flagship food at Budapest Bakeshop, the idea for their business, which beckons lineups that wind around the building, started by coiling dough around beer cans and using coat hangers to rotate them over a grill in their backyard.

Friends praised their creations, sprinkled with cinnamon and sugar. That response lit a fire in both Anett and Todd to open a venue dedicated to a treat that had all the nostalgia of Anett’s childhood wrapped up within it. The question was where to do it.

The Kanes were living in Buffalo when they decided to take the plunge. Their hometown seemed like a no-brainer. The Queen City has a reputation as a food city, particularly recently.

But every time they mentioned a bakery and cake in the same sentence, people would think wedding or birthday cakes.

They looked across the river instead. Anett is a Canadian citizen and Niagara-on-the-Lake seemed like a natural choice for the Kanes, who often vacationed there, and knew the crowds the town could attract.

Anett moved here first while Todd commuted, worked through his immigration process and stayed with their eldest daughter in Buffalo while she finished Grade 1. By April 2019, they opened Budapest Bakeshop. People came. They ordered the classic cinnamon and sugar versions, those lined with nutella and nuts or one of the many other sweet takes on the menu.

Savoury versions are filled with sausage or coated in cheese. There are even sandwiches served on chimney cakes sliced down the middle and stuffed with cold cuts and vegetable toppings. The couple and their staff baked non-stop from 6 a.m. to late in the afternoon, bringing to life ideas Anett jotted down in notebooks, inspired by the couple’s favourite foods from Buffalo and Niagara.

“We bake everything fresh daily,” Anett said. “Nothing is frozen. We make dough multiple times a day.” Then came the pandemic. After taking 17 days to regroup, the Kanes got back to it, continuing to build a smokin’ business that brought joy to visitors in dark times.

“Niagara-on-the-Lake is a great tourist town but there’s also a great local population,” Todd said. “All the locals came out and just started to support us.”

It helped that they could reach many of those people on Restaurants of Niagara, the Facebook group behind When in Niagara.

Today there are over 60,000 followers of the page, and many others of the Budapest Bakeshop. “It makes me very proud,” Anett said. “Right now, I have tears in my eyes. All the response we’re getting from people, all the emails and messages, all the Hungarian people coming in from Toronto and Niagara and all over — it’s amazing how much they love our food.” 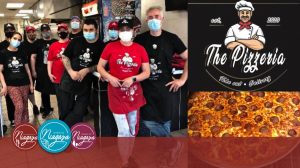 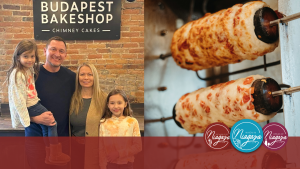