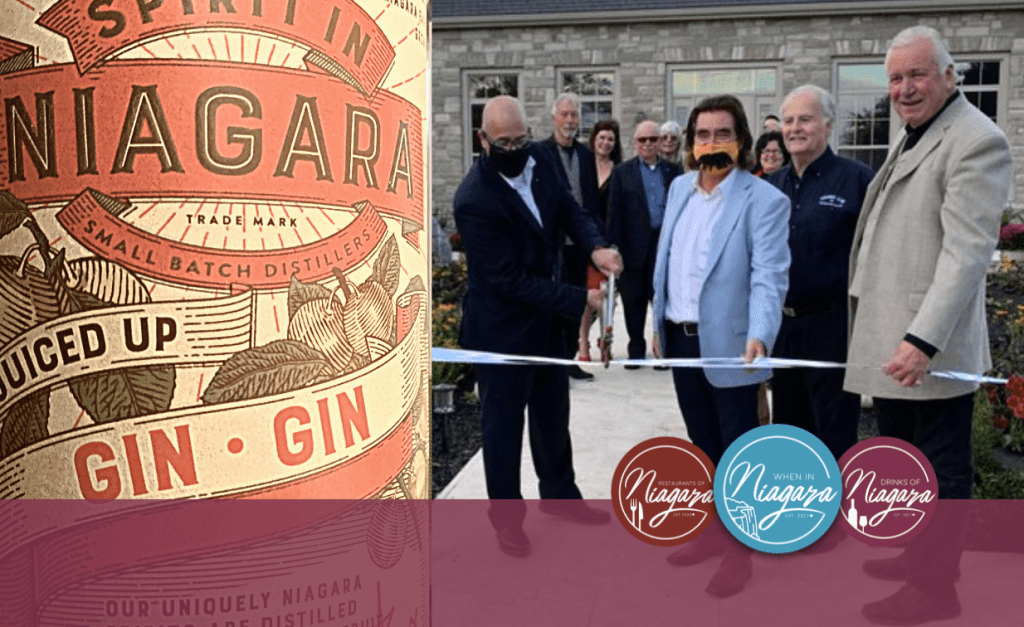 Another fact: Last year, that amounted to about 3,100 tonnes of cherries, peaches, nectarines, plums, apricots and pears being left to rot.

Fruit that might not make someone’s heart skip a beat in the produce section could make spirits aficionados swoon when turned into an entirely Niagara spin on vodka, gin, eau de vie, and a version of Limoncello made with local yellow plums.

So that’s what Lepp did, opening Spirit in Niagara Small Batch Distillers, the region’s newest distillery, in Niagara-on-the-Lake earlier this summer.

Called SiN for short, Lepp’s brainchild is a blessing when it comes to food waste. Each tonne of imperfectly looking peaches — though still perfectly tasty — can yield up to 70 litres of spirits. “The yield is very, very small but at the end of the day, we’re diverting fruit from landfill and getting cocktails, which is a win-win.”

It’s a small amount, but mighty considering it provides a new market for seconds while offering locals and tourists another reason to raise their glasses to Niagara.

“The yield is very, very small but at the end of the day, we’re diverting fruit from landfill and getting cocktails, which is a win-win,” said Andrew Cieszkowski, Spirit in Niagara’s sales and marketing specialist. Spirit in Niagara’s MO of repurposing can also be seen in the design of the tasting room and distillery.

Set in a stunning new facility, the drinking and dining spaces incorporate old beams and other structural elements from a 150-year-old packing shed.

“Reusing things that would have otherwise been waste is so intrinsic to who we are,” Cieszkowski said.

But so is producing high-quality spirits thanks to master distiller Joshua Beach, who trained at Heriot-Watt University in Scotland and the Institute of Brewing and Distilling in London, England.

Beach has teased the best out of grains and fruit in Canada’s spirits scene, including at Wayne Gretzky Estates Winery & Distillery and at Georgian Bay Spirit Co., maker of one of the world’s Top 10 vodkas.

Now he’s working his magic at SiN, creating spirits that are a mixologist’s dream.

Both Spirit in Niagara’s Juiced Up Gin and Vodka have been accepted by the LCBO and will soon be found on store shelves there. The real fun, however, is visiting the distillery for all your cocktail needs.

In addition to enjoying tastings and tours, visitors can relax in The Confessional Lounge with the Lunch and Libation menu, featuring tapas-style plates made with local ingredients and seasonal flavours put together by Chef Adriano Cappuzzello.

Food is expertly paired with a thirst-inducing — and quenching — lineup of 18 cocktails that demonstrate the versatility of SiN spirits. Each sip is proof eau de vie and unaged brandy can work wonders in a rocks glass, Cieszkowksi explained.

“Having lived in Niagara-on-the-Lake his whole life, one of the things that Arnie dislikes is how things close down in the off-season”

“Other distilleries nearby are producing more traditionally mainstream spirits. The eau de vie and unaged fruit brandy we’re producing are historically niche products,” he said. “The challenge is getting consumers and restaurants to reimagine how to use brandies in their recipes… so when we opened, we hired two mixologists and gave them free rein to create classic cocktails and come up with all kinds of new, fantastic things.”

Speaking of new and fantastic, Spirit in Niagara is no fair-weather operation. It turns out Lepp dislikes slowing down in the off-season as much as he does wasting fruit.

“Having lived in Niagara-on-the-Lake his whole life, one of the things that Arnie dislikes is how things close down in the off-season,” Cieszkowski said. “At this point, we’re open Sunday to Thursday, 10 to 6, and Fridays and Saturdays until 8 p.m. for cocktails, tastings and an exceptional restaurant menu featuring the best of everything local.” 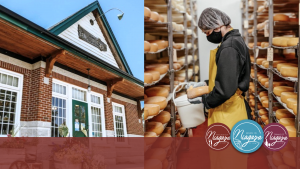 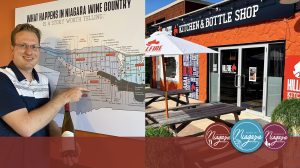