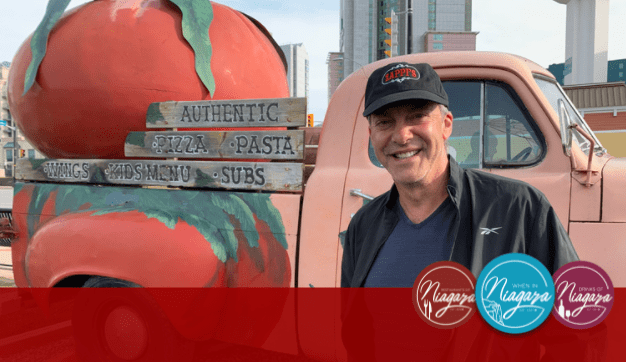 Zappi’s Pizza & Pasta Serves up a Slice of Niagara Tradition

Albert Zappitelli has a hard and fast rule in the kitchen of his landmark Niagara Falls restaurant: knives are put away by 11 a.m. By then, the owner of Zappi’s Pizza & Pasta has already spent four and a half hours prepping for service for the day ahead, and his cooks who rely on his handiwork have just arrived for their shifts.

If Zappitelli and his small but mighty morning crew aren’t done making the pasta sauce or pizza dough, shredding the cheese, assembling the lasagna or eggplant parmesan, and checking off the rest of their long to-do list, there could be trouble when an order comes in.

“This way everyone walks in with a nice, clear head and everyone’s ready for the day all day,” Zappitelli said. “It’s time to put [all the preparations] together now.” As a second generation restaurateur feeding people in one of Canada’s busiest tourist districts, Zappitelli knows that being prepared is half the victory. It’s why, for more than 20 years, Zappi’s has wowed countless visitors here on vacation and kept a legion of locals coming back for more.

Those daily preparations also honour recipes that have become intrinsic to Niagara’s food story and the history of the Zappitelli family.

Take the fried mozzarella sticks. They’re an homage to Zappitelli’s childhood and his trips across the river in Niagara Falls, New York, to visit his aunt Jenny and his cousin Johnny.

Those trips often included visits to Macri’s, his favourite Italian restaurant and home to the best fried mozzarella sticks Zappitelli had ever eaten. Years later, Macri’s owners gave him the recipe to put on his own menu.

Then there are Zappitelli’s favourite stuffed peppers. These fiery morsels are a throwback to the Zappitelli family’s start in North America after emigrating from Italy in the 1950s.

The family first laid down roots in Mentor, Ohio, where a cousin, Anthony Zappitelli, opened an eponymous Italian eatery. Anthony perfected the stuffed pepper in his kitchen, filling zippy hot banana peppers with a mixture of ricotta, mozzarella, and fresh garlic before smothering them in homemade tomato sauce. “At the end, you have a beautiful meal,” Zappitelli said. “A side of penne, a side of pasta with it is always good.”

There are other legends on the menu, too. The pizza dough recipe comes from Zappitelli’s father and serves as a worthy undercarriage to 14 signature pies baked in a stone deck oven.

The dough’s not-so-secret ingredient is the aging process it undergoes, Zappitelli noted. Given Zappi’s uses 2,000 pounds of flour for dough in a week, his technique is working.

The tomato sauce is also no mean feat, cooked in a steam kettle – It is not a cooking method for the faint of heart. The slightest scorching can ruin the whole pot. So Zappitelli and his crew dote on what is an important supporting character to so many stars on the Zappi’s menu, from pasta to pizza to those essential stuffed peppers. “These are all signature dishes,” he said. “We don’t want to be a freezer to fryer restaurant. The quality is there. We can buy Alfredo sauce, but it doesn’t taste the same.”

After a lifetime in the business, following in his parents’ footsteps, Zappitelli has moments where he contemplates changing it all. But then he says:

“I sit down here with my family to eat, and I go back in the kitchen and say ‘Oh my God, guys, that was so good,’ every time I think of changing things, that happens.”

Much like Zappitelli doesn’t rush the dough or the sauce, diners at Zappi’s are also encouraged to take their time.

“The great joy for me is seeing grandparents, parents and kids eating and talking,” he said. “That is when I win.”

Another win? Many of Zappi’s staff have made a career here—and a family; one that looks out for each other, starting at 5:30 every morning when the knives come out again.

“It’s a true family,” Zappitelli said. “I am more than fortunate for that.” 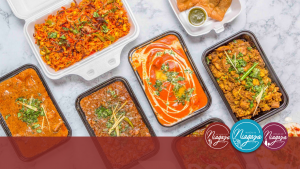 The Scent of a Dining Destination: Welcome to The Indian Aroma Kitchen

The Indian Aroma Kitchen 486 Grantham Ave., Unit 9, Linwell Plaza     When Kamini and Ravi Srivastava moved to Canada from India in 2019, 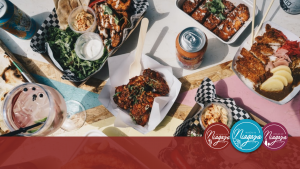 18 Great Niagara Take-Out Spots According to The Locals

Throughout the pandemic restaurants have had to make a lot of adjustments to accommodate the ongoing restrictions on indoor dining. When the weather was warm,